US FRS and GMRS channels

I have two different GMRS radio’s which can’t be read/write using chirp.  They have their own custom version of chirp, although some says it's not chirp.

If you go to the Chirp program, select new, to create a new file-tab.  Then go to the “Radio” tab and select “Import from stock config”.  Select “US FRS and GMRS channels” to download the frequencies.  Select “ok”.

Chirp!  After downloaded.  I haven’t gone much further to check. 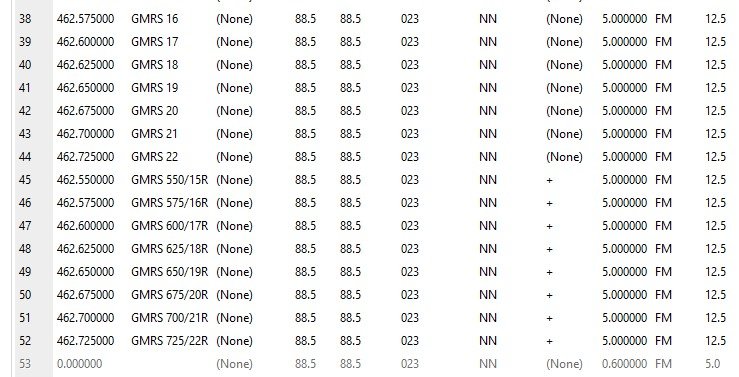 17 answers to this question